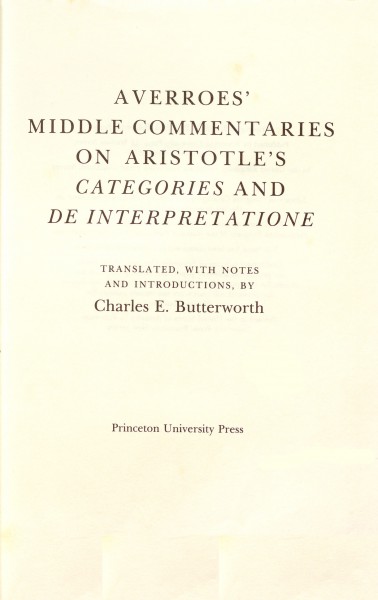 Events: a book and an author

The Foundation devoted the first years of the setting up of its library to the constitution of a first core of documents (monographs and periodicals) according to an encyclopedic logic aiming at providing the classics and the encyclopedias belonging to the different fields covered by the acquisition charter. The Foundation managed to provide 60.000 references in the main working languages (Arabic, French and English).

The following up by the library’s departments of the global academic and scientific production in its fields of interest and supplying to its readers the best documents is, indeed, a good approach. The Administrative Board has, nevertheless, seen it fit to adopt a new policy of collections establishment pointing at making the library the main reference in studies relative to the Maghreb and the Muslim West in the past and in the present. Therefore, the Foundation pursued at the beginning of 1989 a procedure consisting in acquiring the maximum of documents pertaining to this space, literary works inclusive. And since the library is designed for the academia, researchers, university students and professionals, the Foundation does not purchase textbooks and global literary works, etc. (see the acquisition charter)
In order to implement this policy, the Foundation has gradually enhanced its staff capabilities, mobilized mechanisms and established a relational network with librarians, publishers, distributors and others in order to collect the maximum of information on what happens in the world of the book and then select what corresponds to its acquisition policy. The Foundation has also established, during the almost quarter of a century of its activity, an interesting  relational network with scientific and library institutions all over the world. This network plays an important role in enriching the library’s collections through exchange and gifts.
The Foundation’s library did not settle for purchasing printed documents and microforms, it also accompanied the contemporary evolution of the new forms of publication and the circulation of texts and information. Thus, it worked on constituting a digital library by subscribing to textual databases accessible through Internet or Cd-Roms.

Thereby, the Foundation’s library has become a reference to academicians and researchers who wants to refer not only to documents on the Maghrebian space, the Muslim West and the Arab Islamic World, but also to the latest theoretical and methodological publications in the fields of Human and Social Sciences.

In order to be in phase with the continuous evolution of information and communication technologies especially in the field of libraries and information management, the Foundation library’s management system continued to develop remarkably across four stages:

Purchasing MINISIS was the Foundation's first experience in terms of automating the different operations of cataloging, indexing and classifying. The Foundation opted for this system in view of its ability to process the Arabic sign.

MINISIS allowed the Foundation to constitute its first monographs and periodicals database called Mawsu’a. It equally allowed the establishment of a second database specialized in studies relevant to the Maghreb and its geographical, historical and cultural environment: IbnRuchd. However, the weaknesses of this system, which indeed paid many services to the Foundation during the first years of its setting up, started to hinder the Foundation’s activities as time went on especially with respect to budget management, use of the databases, the quick access to bibliographical information, etc. Thus, the Foundation was urged to think of an alternative.

The alternative system was supposed to meet a number of principles:

While waiting to receive a satisfactory bid, the Foundation opted for some temporary solutions. It resorted to the databases engine SQL Server installed on Windows NT and to Access database and Visual Basic as client stations.

Stage 3: Stabilization and Rationalization of the Information System Elements

During the first five years of this century, the Foundation entered a third stage which consists in focusing on enriching and improving the databases: establishing authority files, corporate author files and files for collections and publishers. The Foundation also reprogrammed Ibn Rushd thesaurus and programmed DDC tools. These achievements were crowned by the launching of the Website of King Abdul-Aziz Al Saoud Foundation for Islamic Studies and Human Sciences endowed with an online catalog (OPAC) and the edition of two Cd-Roms; one in 2005 entitled Maghreb Index, devoted to studies relative to the Maghreb and its geographical, historical and cultural environment, and another in 2007 devoted to Arabic translations entitled: Translation of Human and Social Sciences in Contemporary Arab World.
As time went on, acquiring an integrated and modern information system has become a must especially with the rapid evolution of NICT and the necessity for the Foundation and its library to integrate the information and libraries network as it allows information exchange and guarantees economy in its production.
The Foundation resorted to a company specialized in information systems to audit its system and thus help it decide whether to rely on the internal system of the Foundation or to buy a ready-made system. The audit stressed the achievements fulfilled internally in terms of computer, documentation and informational know-how and more particularly in terms of dealing with the Arabic character. It equally emphasized the necessity of moving to a higher level.

It was, then, necessary to opt for one of two solutions: to proceed with the policy of  internal development, even if it requires resorting to a company specialized in softwares, which will grant the Foundation an autonomy vis-à-vis software producers and will guarantee the continuity of its services, or to help itself with the softwares available in the market and which offer the latest inventions of the information and communication technology, it will therefore need to prepare precise specifications.

After studying the proposals received from editors and software companies, experiencing some of them internally and externally and following up their evolution, the Foundation decided to acquire the 8th edition of Horizon information system which meets, to some extent, its expectations. The company created out of the merger of the two competitors that used to produce Horizon and Unicorn, integrated the main strengths of both systems in one called Symphony.
This system is arabized and integrates other systems of indexation, circulation, periodicals, acquisition and information. It will contribute to the improvement of the library and information management and to the widening of the Foundation library’s interaction network with other global libraries; it allows the exchange of bibliographical information with other libraries disposing of the exchange protocols, namely Z39.50.

To be effectively in line with the project of exchange which is the Unified Arabic Index and to which the Foundation has been contributing from the outset, it chose the MARC 21 exchange format. It is still adopting the ISBD norms waiting for a general coordination between this latter and the AACR norms.

In order for the Foundation to follow the proliferation of electronic periodicals and databases devoted to periodicals, it subscribed through Internet to Academic Search Premier Database, accessible via EBSCO information agency. This database contains full texts of a great number of academic periodicals covering many disciplines: History, Sociology, Anthropology, Psychology, Philosophy, Economics, Law, Theology, Education, Linguistics, Literature, etc. The library’s adherents can access to it for free inside the Foundation premises.
Moreover, since 2002, the Foundation has started to provide information on the content of living Maghrebian periodicals. It has undertaken since 2007 the huge project of the digitization of the entirety of the periodicals of its library (around 170.000 up to December, 2008).

The Foundation entrusted the task of digitization to a private company. Up to December 31st, 2008, 546 collections were covered which equals 32 396 pages.